In compliance with EU internet privacy laws, exiting this message attests that you, the user, consent to the use of cookies on this website. We use cookies to provide you with a better experience. By continuing to browse the site you are agreeing to our use of cookies in accordance with our Cookie Policy.
Home » Redfin Plans Massive Expansion into 46 New Markets

According to an article by John Cook for GeekWire, the Seattle-based Redfin is going national — in a big way.

Redfin is looking to hire real estate professionals in a whopping 46 new markets in 19 new states, according to recent job postings on the company’s Web site.

CEO Glenn Kelman confirmed the plans in response to an inquiry from GeekWire. 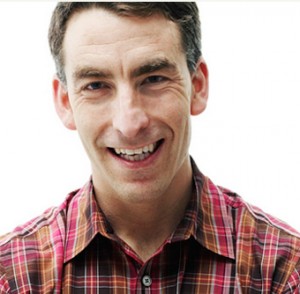 “Redfin’s rate of expansion is accelerating because we’ve gotten better at launching markets, even to places where many said the Redfin model would never work,” he said via email.

Kelman said that it’s unlikely that the company will open all 46 markets this year given the challenges in recruiting that many real estate superstars. He also reiterated that the company does not officially open markets until it has real estate professionals on the ground.

Nonetheless, the expansion represents a potentially huge increase in territory for Redfin, up from the 23 markets that 14-year-old company currently operates.

The push may signal that Redfin is getting even more serious about an initial public offering. Investors typically prefer to see a company that has a national or international footprint before accepting it into the public markets.

Kelman downplayed the idea that the expansion effort could tie into the company’s desire to go public.

“We’re expanding to help more people buy and sell homes,” he said. “Such service is how we make virtually all of our money, to say nothing of the fact that’s it also our basic mission; accessing data is a means to delivering that service. Going public is, at some point in the future, a byproduct of it.”

He added that they are not fixated on how investors will value Redfin, instead focusing on delivering the best real estate service to consumers possible. “Good things will come from that, I promise,” he said.

The above article was written by John Cook for GeekWire and it can be read in its entirety by clicking here.