In compliance with EU internet privacy laws, exiting this message attests that you, the user, consent to the use of cookies on this website. We use cookies to provide you with a better experience. By continuing to browse the site you are agreeing to our use of cookies in accordance with our Cookie Policy.
Home » Porch.com Hires Jay Allen as CTO 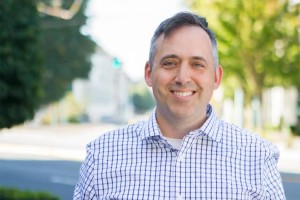 The US' Porch.com has hired Jay Allen as Chief Technical Officer after working as Amazon’s Director of Local Consumer Technologies for the past year. Allen is a veteran of Microsoft and Zynga who co-founded Seattle-area software development startup Ohloh Corp. and worked as Geeknet’s vice president of engineering following its acquisition of Ohloh.

According to Geekwire, Allen said he was attracted to Porch by factors including its leadership team, the ability to disrupt a traditional market, and “the opportunity to build a long-term, name-brand company in Seattle.”

The company is aiming to significantly increase the size of its engineering team with Allen now on board, no easy task in a competitive market for technical talent. Allen says he expects to maintain a “a very can-do, hacker culture” with open processes and “a world-class engineering environment that can stand up and lead the way not only in Seattle but beyond.”

The Property Portal Watch Conference is on again. From the 1st to 3rd October C-Level managers from around the world will get together in Barcelona to look at the major issues impacting their businesses. We already have over 220 people registered for the conference from 40 different countries and representing over 140 different companies.  If you are involved in the property portal industry then you should not miss this event.